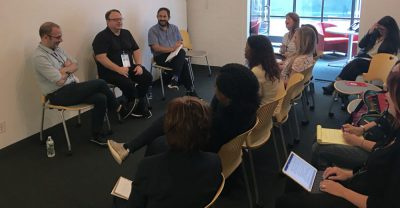 So it’s that intense festival time of year again. You’re considering festivals, applying to festivals and who knows perhaps already excited about the festivals you have been accepted to.

Here are 10 Do’s and 5 Don’ts when applying to film festivals. These suggestions are based not only on my own work with clients, but also from some amazing advice from some really knowledgeable folks who I have had the pleasure of being on panels with over this past year: Basil Tsiokis (SundanceFF/DocNYC), Tom Hall (Montclair FF), Dan Nuxoll (Rooftop Films), Omar Gonzales (PMK-BNC), Ania Trzebiatowska (Visit Films), David Nugent (Hamptons International FF), Milton Tabbot (IFP) But don’t hold them responsible for everything I say – I take full responsibility. I will follow up with another email on what to do when you get in and get there.

Communicate only when you have an update that is relevant for the festival such as being accepted into another festival that affects premiere status in some way.

If you have questions about the above – or need help in crafting your festival plan – feel free to reach out to us. We are here to help you.