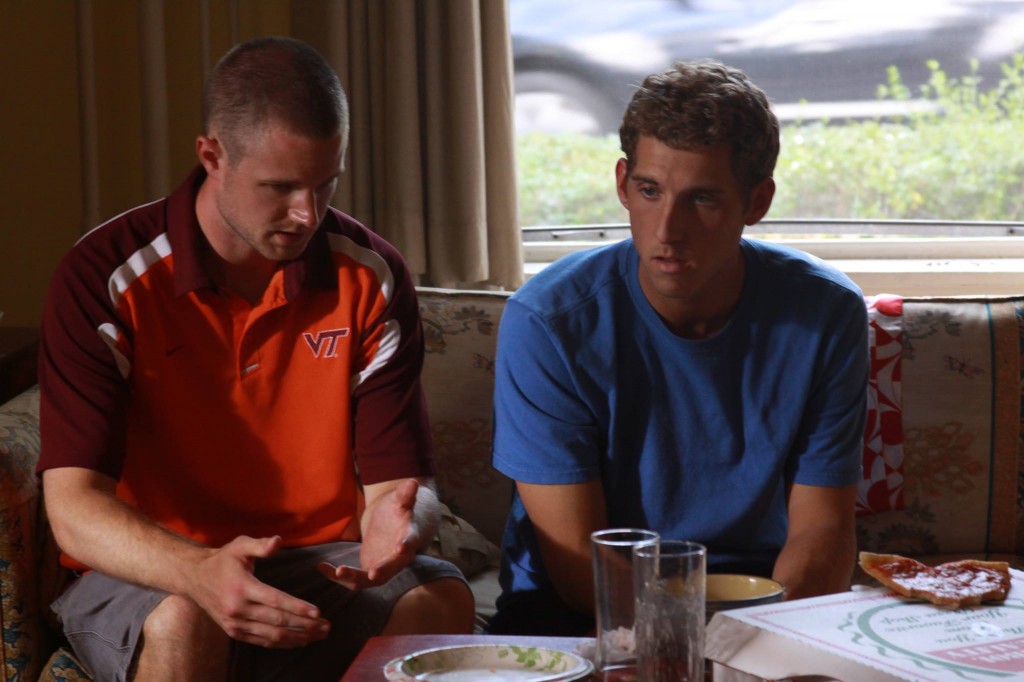 I’m Jaymes Camery and I just wrapped production on my first feature film, Guys and Girls Can’t Be Friends. I graduated from California Institute of the Arts with an MFA in Film Directing in May 2013. I grew up in Virginia and have always had a special affinity for stories that take place in the South. My filming partner and long-time friend, Ben Solenberger, and I have been working on this project off and on for 5 years. We’d done about 5 or 6 test shoots, tons of re-writes, and gotten feedback from all over. Our goals for this film include making a good movie and also helping start our own careers. Our website is facebook.com/guysandgirlscantbefriends

Outside of production, we wanted to start our social media outreach early. I’d talked with Jon Reiss before I’d graduated about fundraising and getting the community involved as much as I could. Guys and Girls Can’t Be Friends is about falling in love for the first time but from the male’s point of view. It’s backbone evolved from Virginia’s state slogan of, “Virginia is for Lovers.” Although a partnership hasn’t materialized between the film and Virginia Tourism, I was able to get some help from the Virginia Film Office with a small grant as well as some production resources. In addition to showcasing the area and it’s culture, we also wanted to get local people involved as much as we could.

One of the first things I did when I came back to Winchester, VA was to reach out to the local media. I contacted the local ABC station, newspaper, and a hip, online Winchester magazine. It took some time but I finally started to get some press going before production (Even though we were pushed back to page C6 and a dog that was left in a car was on the front page).

My goal was to get a quick, widespread word out around the time I was trying to get locations, because the film is littered with unique and specific locations. We figured it’d be easier to approach local businesses if they were aware of what was going on. It turned out I underestimated the small town relationships we already had, and through Ben’s family we were able secure all the locations we wanted. Word started to get out about us and we had businesses email us and invite us in. They got free advertising and we got a great location. 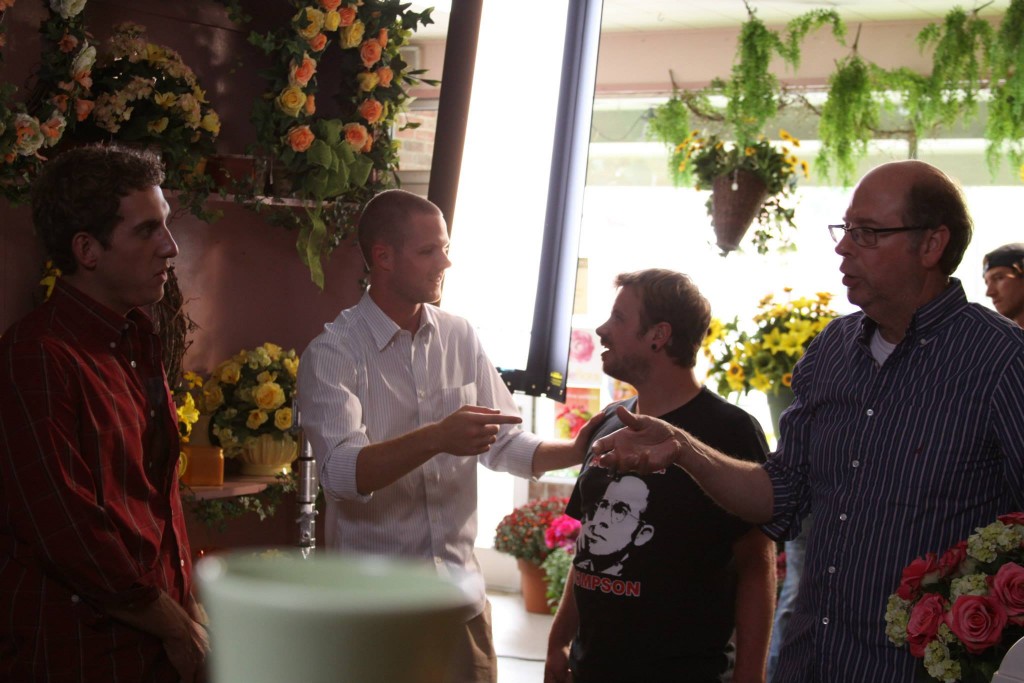 We knew that raising money would be very difficult. We came up with investor/donator packets which had info on the film and who was involved. We emailed and handed them out to people we knew would be able to help. Slowly everything started to come together, we started to increase our budget as well, and we had our funding, or at least what we needed for production, a month before. Most of our money came from family and friends. We considered going to businesses and offering to shoot promos/commercials, as well as going to the casino and putting everything on red in roulette, but we never made it that far.

Then, two weeks before we started shooting, we reached out to an actor we had wanted from the beginning and decided to use our contingency money on him. It was risky and dangerous but we figured we’d rather have an actor that we admired than to have the emergency money. We felt we couldn’t pass on the opportunity.

I was opposed to doing an Indiegogo campaign before production because of the amount of work and I didn’t want it to take away from the film itself. Ben was adamant it wouldn’t become a distraction. From keeping an eye on Jon’s ongoing crowd-funding campaign and what I learned in his class Reel World Survival Skills at CalArts, I preferred to do a campaign for finishing funds.

That changed when we scared ourselves into doing it before production when the thought that we might not be able to raise the money we needed, sank in. Ben said he would run it and we came up with some creative rewards: a night of dining and drinking with Ben and I, a “bootleg” copy of the film, a.k.a. an early cut, and a beer on set. I guess beer and hobo rewards really. We did a few video updates, they were a little wacky and obscure, but we wanted to stand out. In the end we never pushed enough and I wonder if people got confused by the tone of the campaign. The money we raised was still extremely helpful and I’m thankful for the people that helped.

Having two recognizable names in our film and its production value were a big deal to us so we put all our money into our actors and camera/sound. We found a group of fellas out of Frederick, MD who came as a package deal with their own equipment and crew. It saved us tons. Renting equipment and crewing up out of Washington D.C. was the last thing we wanted to do. We were able to cut costs by avoiding location fees, lodging, and a catering company. Almost all of our locations were more than willing to help free of charge. The support was amazing. Everyone welcomed us into their business and we saw true southern hospitality. 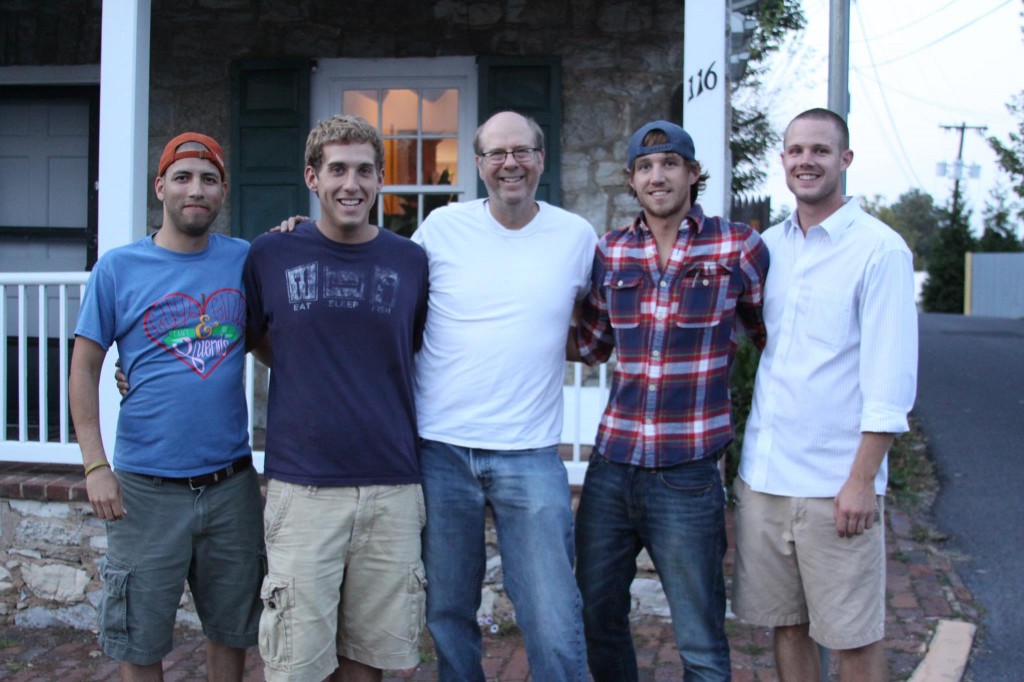 We avoided hotel costs by putting everyone up in Ben’s Dad’s house. He had an open basement and bedrooms that we made very suitable for cast and crew. It was on a large chunk of land surrounded by apple orchards, so it was perfect. We were able to avoid a catering company when Ben’s Mom and sister volunteered to make all of our meals for set. We saved a huge amount this way and the food was delicious! These are a few of the perks we had by shooting in our hometown. Our friends and family came through big time for us and made it all possible.

By the time we were filming, everyone in town knew what we were doing. In pre-production we posted video updates for our followers and content similar to our story (articles on dating and love, etc.). During production we kept our Facebook updated. We’d post when we were at certain locations and we added set photos as we went. That’s one place that really connected with the community because people would say, “Hey, I know that place!” We’d get shares from that, which put more eyeballs on our page. One thing that got the biggest amount of hits was a video recapping Day 3 of production with actor Clint Howard (https://vimeo.com/73791299). We got 22 shares on it and probably 75 page likes.

We also had an Instagram that our script supervisor ran but it never really picked up a lot of followers. I guess #guysandgirlscantbefriends was having trouble catching on. Still, I want to keep getting content out there. I’m not worried about spoiling scenes or that plot, I just want to give people a taste of what’s to come. We could be a year plus from getting this film done and I worry about that wait time and what happens to that buzz we started in Winchester, VA. Yes, it’s a small audience, but we haven’t met one person there who hasn’t said, “I can’t wait to see the movie.” We’re hoping by the time the film is done we can have 1,500 likes.

Our plan is to submit to festivals for our first line of screenings. Winchester will be one of the first places we screen after that. We’re planning on doing a screening at the local drive-in movie theater as well as some out-door screenings. Jon turned me onto the Southern Circuit, which is something that I’d love the film to make it’s rounds on. Since the film is a modern romance film, we thought of doing screenings based around date nights. As Jon says, make it an event. Either a date night or a guys vs. girls screening night. Also, my friend Michelle Kim designed a logo for us (in about 7 different color schemes), that we’ve used on Facebook, T-shirts, and business cards. The logo’s great and I think it will be useful when we start to think of different pieces of merchandise we can come up with. 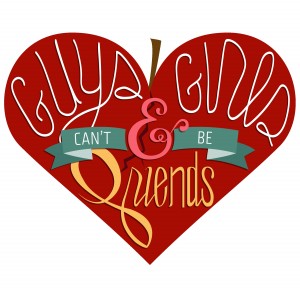 The production seems like a blur. We shot for 15 straight days, took 3 off, and then finished with 2 days. It wasn’t the most ideal conditions but we got it done. One of our sayings between myself and the DP was: “Get to day (so and so) with quality.” Even with the fatigue, I wanted to make sure we never settled or sacrificed anything, and we didn’t. We stretched every dollar as far as we could. And really, every dollar.

As I edit, the only thing that matters to me is that it turns into a good movie. One of my main concerns was the amount of time that social outreach could take from prep time for filming itself. Now’s the time where I need to start targeting specific groups of my audience and really introduce my core audience to the film. While editing I’ll start to get a better sense of what type of screening/distribution strategy I need to take and what some realistic goals are. But boy, it’s been a hell of a ride so far.