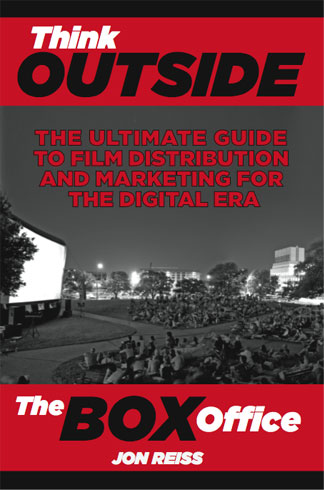 Think Outside the Box Office

"Collaboration and dialogue are also the foundation for everything Jon has outlined in precise detail in this book. They should be every filmmaker’s mantra for the days ahead. It is not a question of "just doing it"… Eat up every morsel Reiss provides. Internalize it and make it your second skin."
— Ted Hope, Producer of over 60 independent films including, Adventureland, The Ice Storm, 21 Grams

"This book is an excellent resource for any filmmaker, regardless of their level of experience, budget or connections. Reiss imparts his wisdom like a funny older brother or friend."
— Indieflix.com

"A must read. I wish I had Reiss' book 2 years ago. It shows us how to take our film destiny into our own hands."
— Gus Roxburgh, Producer, Crips and Bloods: Made In America

Why I Wrote Think Outside the Box Office:

In writing my book Think Outside the Box Office (TOTBO), I drew on my own experiences distributing my film Bomb It, in addition to interviews with countless other filmmakers, distributors, publicists, web programmers, festival programmers and marketing experts to create the first step-by-step nuts and bolts guide to marketing and distributing a film in the 21st century. My goal was to provide a written resource to help other filmmakers and media content creators achieve their goals in distributing and marketing their films. 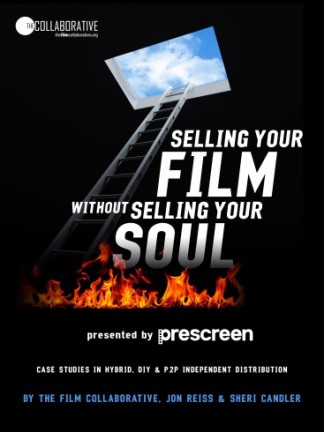 “Selling Your Film Without Selling Your Soul proves that the dominant challenges of yesterday are now solve-able. Nothing is out of reach. The path to freedom has been found!”
— Ted Hope, Producer of over 60 independent films including, Adventureland, The Ice Storm, 21 Grams

“Essential reading for anyone making films in today’s ever-changing landscape of independent cinema. The authors’ unparalleled access, experience, and generosity of spirit provide invaluable insight and inspiration to all filmmakers seriously trying to communicate their vision to the world.”
— Joana Vincente, Executive Director, IFP

“The biggest challenge facing filmmakers contemplating releasing their own films is gaining the knowledge needed to do it. Full of real-world strategies and fact-filled case studies, SELLING YOUR FILM WITHOUT SELLING YOUR SOUL is a must read for filmmakers contemplating entrepreneurship in the name of their art.”
— Scott Macaulay, Filmmaker Magazine

“When it comes to film distribution, this book marks the spot where theory and reality intersect to give a true map for the future.”
— Mark Bell, Owner/Publisher, Film Threat Magazine

Written with TFC co-executive directors Orly Ravid and Jeffrey Winter  and marketing/social media strategist Sheri Candler, SELLING YOUR FILM WITHOUT SELLING YOUR SOUL is a series of in-depth Case Studies examining the ways that today’s filmmakers are approaching new distribution models. Case Studies featured in  include Ride The Divide, The Cosmonaut, Sita Sings the Blues, Note by Note, Bass Ackwards, Adventures of Power, American: The Bill Hicks Story, Undertow, For the Bible Tells Me So, and webseries PioneerOne.

SELLING YOUR FILM WITHOUT SELLING YOUR SOUL seeks to demystify the myths around indie film distribution, and present accurate pictures of revenue models, marketing strategies, distribution spends, and detailed ancillary and digital distribution numbers. The goals is to peer behind the curtain of secrecy usually associated with distribution, and celebrate the independent spirit of many indie filmmakers today who take matters into their own hands rather than wait for traditional deals to bring their film to marketplace. Other areas covered include sales numbers, grassroots outreach, relevant tools and services, crowdfunding, and community building. 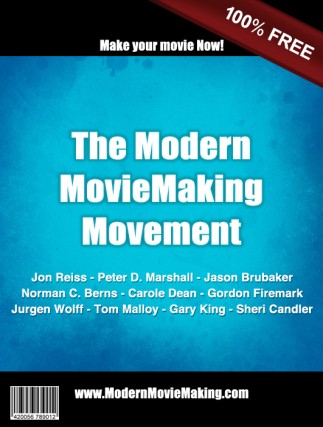 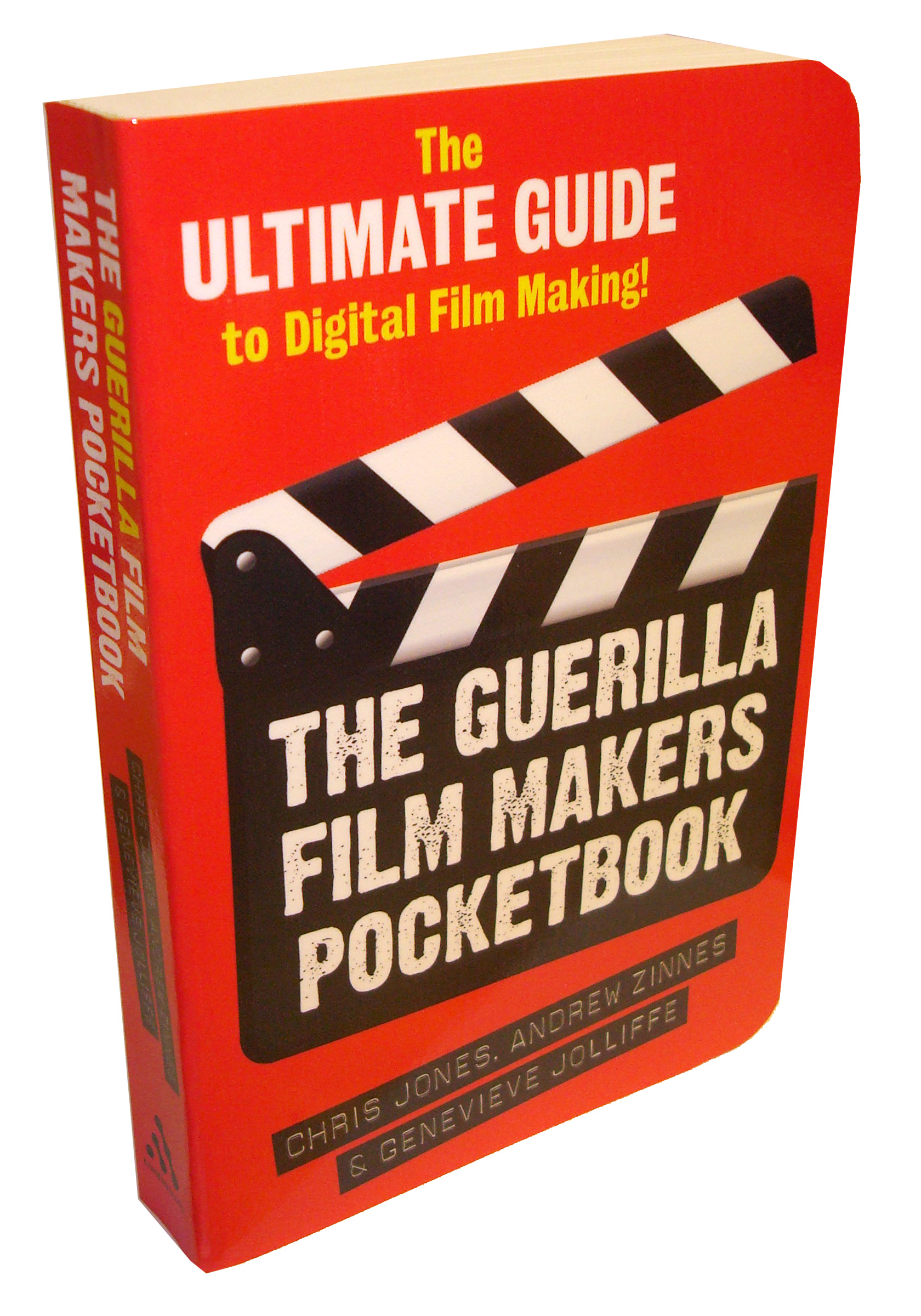 The Guerilla Filmmakers Handbooks are the Rolls Royce of Film Guides.
-- The Times of London

No matter how long you spend making low-budget films, you can always learn more. As such, whether you're new to filmmaking or have been doing it for awhile, this book is a must own for your collection. Some of the advice in this book actually changed a few things I was considering for our upcoming Depleted feature franchise.
-- Jeremy Hanke, MicroFilmmaker Magazine

Passionately written and entertaining to read, this is a brilliant how-to book that makes you want to start plotting your movie straight away.
-- Lucy Brown, The Stage Newspaper

Jon Reiss also contributed a chapter to The Guerilla Filmmakers Pocketbook entitled “Beyond Traditional Distribution.” Crammed with information, bang up to date, and designed to snugly fit in any film makers pocket, the new tiny shiny Guerilla Film Makers Pocketbook is the natural evolution for the hugely successful series of handbooks which have now sold over 100,000 copies. 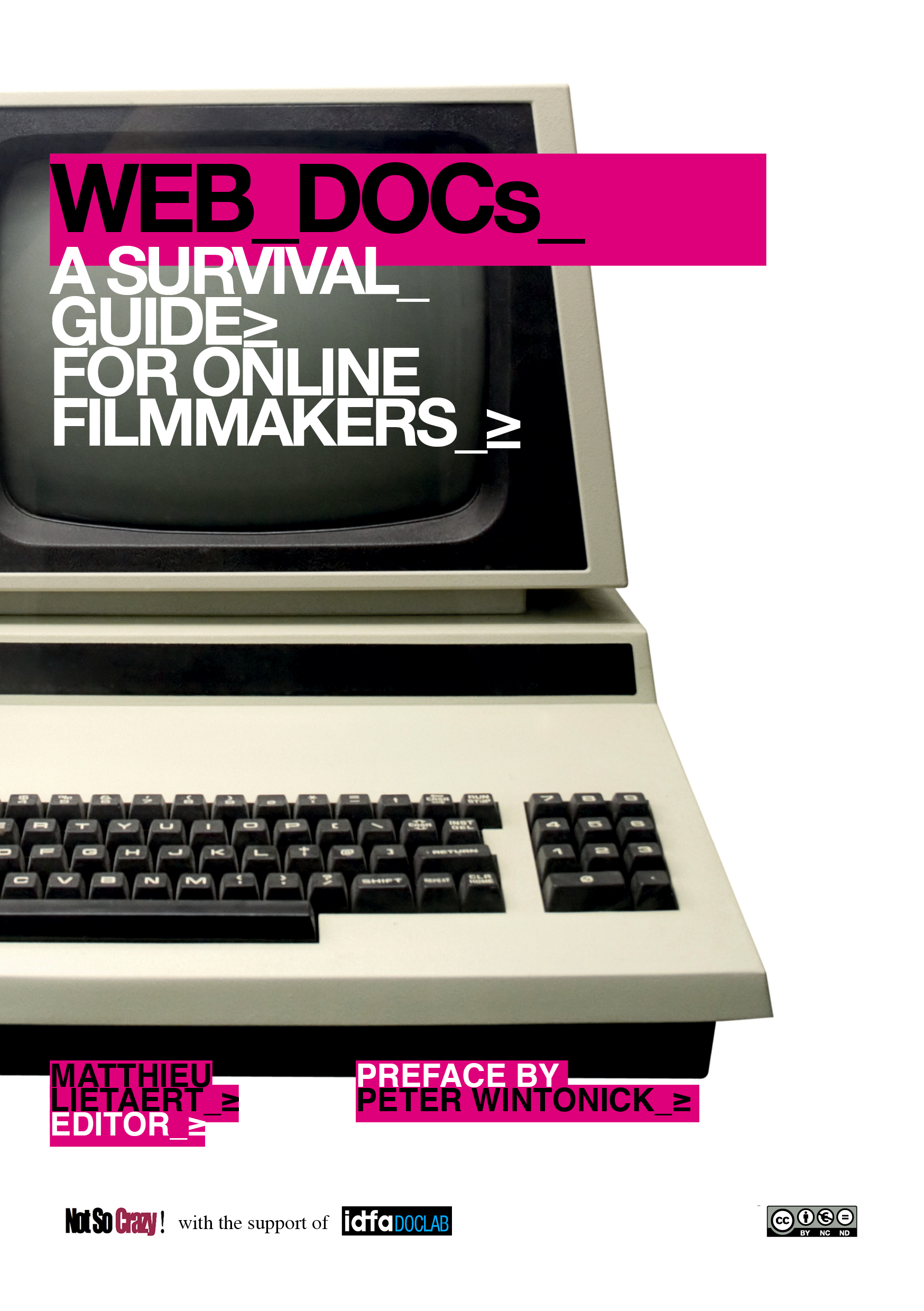 “Webdocs are currently the most challenging and experimental field of visual story telling. No filmmaker can ignore this book. It gives you the tools to get started!”
-- Heidi Gronauer, Director @ Zeligfilm.it & ESoDoc.eu

A “survival guide” that was designed to provide journalists and filmmakers with some of the basic tools required to develop their own webdocs or cross-media projects. How to think in terms of interactivity? How to reach your audience? How to develop a successful funding strategy? How to pitch or crowdsource successfully? How does the web affect storytelling? To answer all these questions, this unique book brings together interviews with 30 world famous cross-media experts, producers or authors. About the editor : Matthieu holds a Ph.D. in Political Sciences and works as a consultant, producer and director @ Not So Crazy! Productions.

Jon Reiss contributed a chapter to the Building your audience portion of the book. 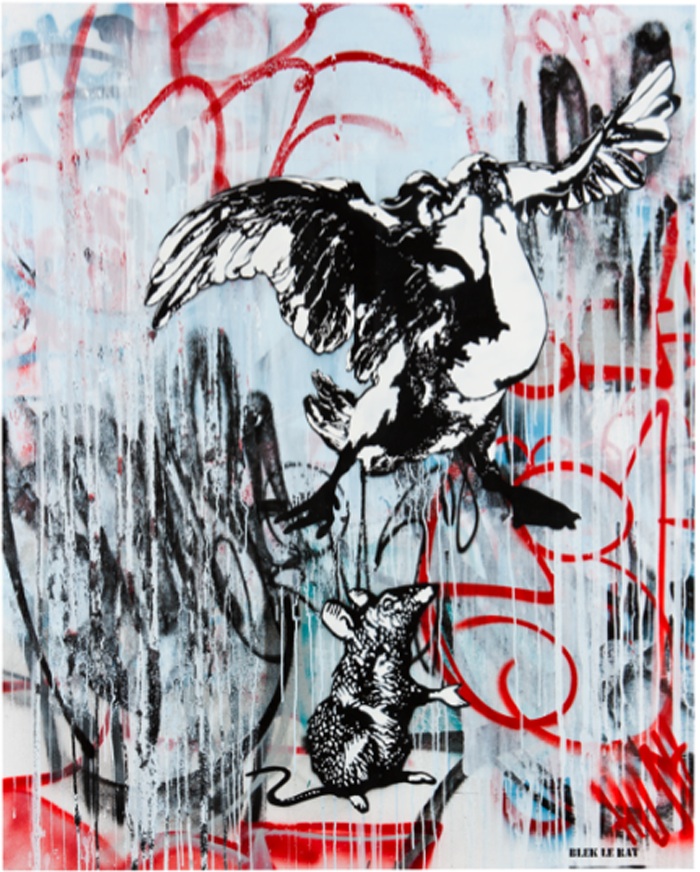 "Blek Le Rat is one of my favorite street artists - a true original.  I was very excited to contribute a chapter to this seminal book about his work."
-- Jon Reiss

"Every time I think I’ve painted something slightly original, I find out that Blek le Rat has done it as well. Only twenty years earlier. ”
-- Banksy

Blek Le Rat: The 30 Year Anniversary Retrospective celebrates the work of Xavier Prou a.k.a. Blek le Rat, the Parisian born artist who is commonly regarded as the godfather of stencil graffiti. Blek le Rat is one of the most prolific stencil graffiti artists of his generation, applying his trademark rats and iconic imagery around the world since New Year’s Eve, 1981.