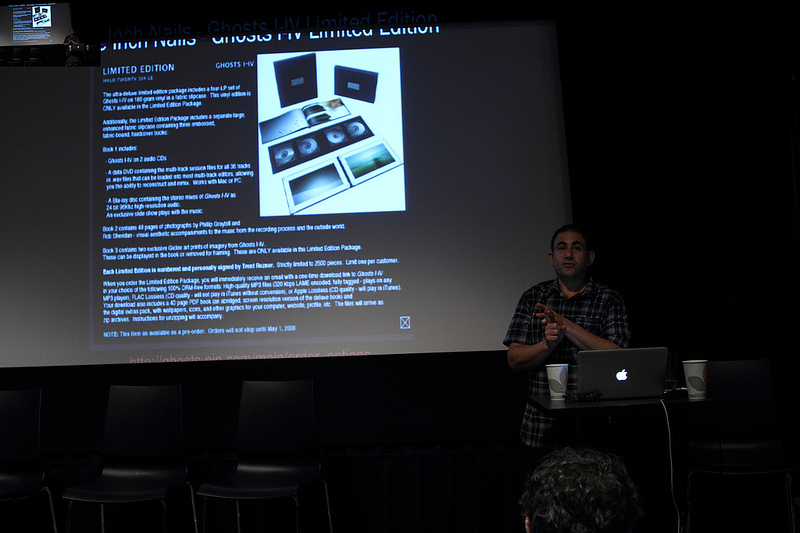 I have had the good fortune to be involved in IFP’s Independent Filmmaker Labs for the past several years now and I have seen innumerable benefits to the films and filmmakers who participate.  The Labs provide an opportunity for first-time filmmakers to not only receive feedback on their films from their peers and experienced filmmakers but it is the first lab to prepare filmmakers for the essential work of distribution and marketing.

This year we launched the IFP PMD LAB (Producer of Marketing and Distribution) the first of its kind.  This year, the PMD Lab worked in conjunction with the Filmmaker Labs, with all the participating PMDs attached to a film in the Filmmaker Labs.

Since the end of the year if full of 10 best lists – I thought I would compile the 10 best results of the inaugural year of the PMD Lab.

1.  Defining What A PMD Is. I think this is of critical importance as this nascent crew position develops.   A PMD is not just a social media manager.  To be a PMD a person must be involved in all aspects of a film’s distribution and marketing, including audience identification and engagement, creating a distribution and marketing plan, budgeting that plan, creating marketing elements, creating and managing other assets to help promote the film, etc. All of this in concert with the filmmakers.    See this post for more.     I think the PMD trainees were amazed and excited about the scope of this position.

2.  Learning how to identify audience.  After understanding the goals of the team, the first assignment for the trainees was to identify the audience for their film.  Many of the films had already started this process in the spring Filmmaker Labs sessions.  But rarely do first-time filmmakers fully understand their audiences in the first go round.  It also takes time for the notion of niche vs. core audience to sink in – and how to view how audiences can expand from a core. See this clip from one of my workshops for reference.

3.  Learning how to engage that audience.    This is a career-long process and can be daunting at first.   It is important again that it is not just about social media – we stress that it is crucial to know how each particular audience learns about films and then to target that source – influencers, social media, organizations, traditional media – whatever works.

4.  Develop marketing tools for the film (after understanding who the audience is).   We have the PMD trainees (and in fact all Lab films) create initial marketing materials most of which are essentials for a press kit: logline, one line synopsis, short synopsis, key art, website and, if possible and appropriate, trailer and social media sites.

5.  Workshop those marketing tools.   One my favorite parts of the Filmmaker Labs and PMD Labs are the Marketing Labs held right before IFPs Independent Film Week.  Each team presents the marketing plan for the film and it is workshopped with a panel of professionals.  Some heated discussions result.  The process either helps crystallize the beginnings of a plan for the team – or makes them realize they have a ways to go.  Either way I find that they are so much further along than most filmmakers by starting this process in post.

6.  Writing a distribution and marketing plan for their films.  The last assignment for the PMDs was to write a distribution and marketing plan for their films.  I am a broken record on this: every film is different and needs a unique plan.  It is essential that PMDs learn not only how to write these plans – but to understand all of the aspects contained within.  It is hard to teach this in a crash course (which we had in September and December).  But what I found most instructive was:

7.  Evaluating different distribution options.   In the December Distribution Labs, we had the opportunity to see each of the 20 filmmaking teams present their distribution plan, and to have that discussed by incredible experts in emerging distribution models. It became very apparent what types of distribution options are available to filmmakers and how those can be crafted for each individual film.

8. Learning how to budget that plan.   In order to execute a plan you have to figure out how much money you need to execute the plan.   Going through an extensive distribution and marketing budget can be daunting – but it is also important to know what you need to pay for in order to achieve that film’s goals.

9.  Creating a community of PMDs.  The trainees told me that one of the best outcomes of the PMD Lab was the community that they created amongst themselves.  While we had monthly phone sessions and 2 separate Lab meetings, the trainees would contact each other on a regular basis, which has continued even after the Lab’s completion.  They are even supporting other films from the Labs that did not have PMD trainees.   Several of the trainees have been so excited by the concept that they will be participating in the PMD website that we intend to put on the IFP site next year and to determine a way that PMDs around the world can find community (stay tuned!).

10.  Learning how to develop a career as a PMD.  This was a strong interest for the trainees – naturally.  What I stressed is that the PMD is just like any other film position.  You have to start small to build your way up – finding any way to gain experience.  Little by little filmmakers are realizing that they need to budget for this crew position.   One of the goals of the above mentioned site is to provide a centralized place that filmmakers can find PMDs for their projects.

If you think you can be a PMD please feel free to contact me so that I can keep you abreast of these developments.

The Importance of Events in Your Career Toolkit

This week’s TOTBO video concerns the importance of redefining the nature of theatrical. In this clip I speak about how creating a “live event” for your film can be an essential aspect of your film’s release. As I’ve said before I feel that theatrical must be redefined as live event/theatrical. Eventually I feel the term theatrical will be dropped and people will only refer to events. I emphasize live and event because I feel that those are truly the essential nature of screening your film in public – that it is a unique communal experience unavailable anywhere else. That is what is going to motivate people to see the film live – not just the fact that it is in a theater playing Fri-Thur.

Events have a multitude of benefits – they let you engage directly with your audience, they provide a way to organize publicity, they enable you to put your work out in the form it was intended (for me the form initially was a book – the workshops are now an adjunct to that – but all part of the same concept) and they are an additional revenue stream.

I feel that all artists can benefit from creating events for their work – musicians have concerts, artists have gallery openings, authors have readings and book signings etc. But there are new and exciting forms emerging such as last years theater/dance/immersive hybrid “Sleep No More”.

I’m releasing this particular clip as I prepare to go out on my own live event tour this month – hitting New York, Sheffield, Nottingham, London and Berlin (if you are in any of those cities in June – check out the dates below and I hope to see you there).

June 11-13 I’ll be one of the lab leaders again for IFP’s Narrative Filmmaking Lab in New York City.

June 14-17 The Sheffield Documentary Festival in the United Kingdom to speak about Artistic Entrepreneurship for Documentary Filmmakers.

June 23-24 A Two Day Distribution Master Class hosted at Regent’s College London which is again being organized by Chris Jones who organized my first ever workshop 2 years ago.

June 25-28 After London, I fly to Berlin, Germany to speak on Strategic Distribution at the Trans Atlantic Partners Conference.

Very excited to be bringing the Totbo 2 Day Workshop to NYC! June 5th and 6th. Nuts and bolts strategy and implementation. London and Amsterdam went great – Check out the fun from London.

IFP Announced Conclusion of “Made in NY” Mentorship Program

New York, NY (April 29, 2010) – The Independent Filmmaker Project (IFP) and the NYC Mayor’s Office of Film, Theatre and Broadcasting announce the conclusion of the inaugural year of its “Made in NY” Mentorship Program, a career development program supporting and promoting diversity in the New York City entertainment workforce through mentorship, workshop and networking opportunities and job placement support. The “Made in NY” Mentorship Program grew out of the Mayor’s Task Force on Diversity in Film, Television and Commercial Production, commissioned to explore initiatives and opportunities that would help to diversify employment in the City’s production industry.