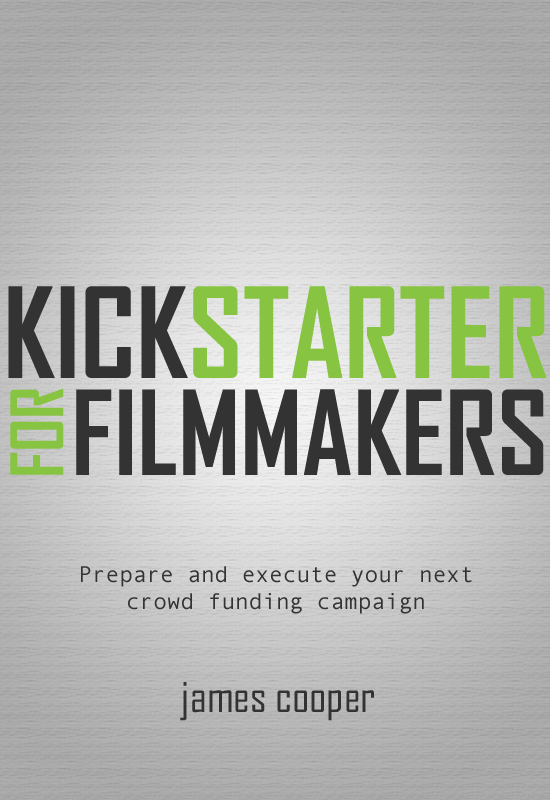 Review of Think Oustide the Box Office by Content NOW

Here’s the pull quote: “Written in a light conversational tone and beautifully organized over 354 pages, Jon, a noted filmmaker (Bomb It, Better Living Through Circuitry) and CalArts teacher, passionate about connecting filmmakers to their audiences, arms filmmakers with the arsenal needed for a killer DIY direct to fan film marketing campaign. This book drills down to specifics that allows the reader to form an actionable strategy, and is destined to become required reading for all filmmakers.”

We are now midway through AFM, and things are looking up from last year. Buyers are buying, but very specific in their wants. I had a chance to catch up with John Foster, CEO, of Odyssey Pictures who recently acquired 31 hours of animated children’s content from DPM, a French-based specialty distributor of entertainment and how-to programming. Having scored this superb catalogue of cartoon classics (Superman, Casper, Bugs Bunny) at Cannes, John is shopping AFM before heading on to other markets like NATPE in January. ”We are looking to acquire content libraries for the children’s market as well as for specialty markets like health, finance and education. We are in talks with ION for television distribution, Limelight to power distribution online, and working with Spelling Communications to secure US sponsors. Odyssey already has several European sponsors signed up. Backed by a $10mm acquisition fund, Odyssey is on a tear analyzing mobile marketing opportunities as well as those with connected devices. ”Odyssey soon will be launching 1-3 hours sponsored programming via satellite and on the web. We’re starting with established content but plan to showcase outstanding original programming in time.” Interested sellers can contact John at info@odysseypix.com.

For the weekend, AFI Fest has moved to the Laemmle at 1332 2nd close to the Loews. Rush Lines are still getting into screening for free so stop by. And the price of admission to AFM drops significantly as the market opens up to half-market badgers on Sunday.

There are also several excellent seminars still being offered: Sa 11/7 at USC is Distribution U with Peter Broderick, Steve Kirsner, Jon Reiss, Adam Chapnick.. and Su 11/8 at Le Merigot is Changing Indie Distribution Strategies. At both events, Jon Reiss will be signing his timely new book: Thinking Outside The Box Office: The Ultimate Guide to Film Distribution in the Digital Era. He sent me a copy to review earlier this week and I am still deeply immersed. Written in a light conversational tone and beautifully organized over 354 pages, Jon, a noted filmmaker (Bomb It, Better Living Through Circuitry) and CalArts teacher, passionate about connecting filmmakers to their audiences, arms filmmakers with the arsenal needed for a killer DIY direct to fan film marketing campaign. This book drills down to specifics that allows the reader to form an actionable strategy, and is destined to become required reading for all filmmakers. Some of his points are similar to what we’ve been covering:

– Budget as much for marketing and distribution as you do on production upfront, e.g. $100,000 production budget = $100,000 P&A budget (Jon provides detailed budgets with links to websites where assistants, publicists, bookers, sales reps/distribution consultants can be hired, and cost information to help filmmakers decide which path to take for theatrical release)

The book also includes steps to create better engagement on WordPress, Facebook, Twitter, MySpace and YouTube, and then in the next breath puts a call out to festival directors to see themselves as distributors, aggregators of quality indie content for traditional and new media. It seems so complete I’m still reading on hoping he addresses ways not to trip up Oscar qualification with day and date online screenings. An incredibly valuable resource. $5 off if you order through this link. Free if you’re a filmmaker who fills out the filmmaker survey (see page 17 of the book). The companion website is at www.ultimatefilmguides.com. Enjoy!

I’ll be at the Film Independent Filmmaker Forum this weekend.   I’m on a panel Sunday morning but I’ll also be around in general to chat.    Let me know if you are coming.

In a candid off-the-record discussion, filmmakers share their experiences selling

and distributing their film as they explore distribution options–from traditional

theatrical to new hybrid models where they can exert more control.

Alex Holdridge, director, In Search of a Midnight Kiss

Great Introduction on Web 2.0 for Filmmakers-

Be sure to check this out, it is a great help.