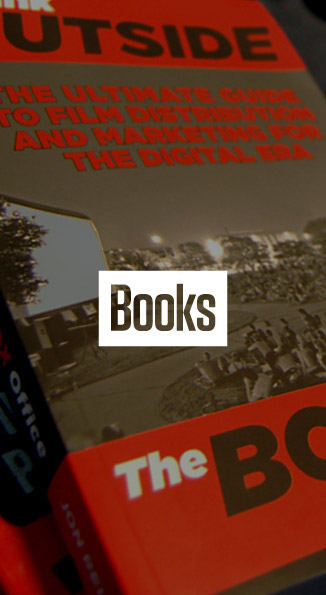 We are excited to announce that Think Outside the Box Office — Jon Reiss’ groundbreaking step-by-step nuts and bolts guide to distributing and marketing a film — celebrated its third printing last year.

2011 also saw the release of Selling Your Film Without Selling Your Soul, a new book co-authored by The Film Collaborative, Jon Reiss and Sheri Candler, which presents a series of in-depth case studies examining the ways that today’s filmmakers are approaching new distribution models.

2013 will see the release of two more books from director and author Jon Reiss. The first is devoted to the PMD; the second takes the structure outlined in Think Outside the Box Office and applies it to all art forms.