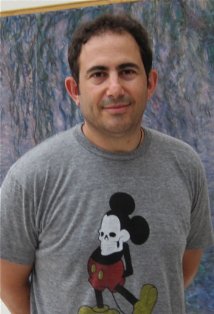 His feature films Bomb It, Better Living Through Circuitry and Cleopatra’s Second Husband have all been released theatrically in the US and broadcast throughout the world, premiering at Tribeca, Sheffield, Full Frame, BFI London, Big Sky, Seattle, Rotterdam, the LA Film Festival, and more.

Jon’s experience releasing his documentary feature, Bomb It with a hybrid strategy was the inspiration for writing Think Outside the Box Office: The Ultimate Guide to Film Distribution in the Digital Era, the first step-by-step guide for filmmakers to distribute and market their films. He has been invited to speak and conducted master classes at film festivals and organizations worldwide. Jon was the Senior Lab Leader at the IFP Filmmaker Labs for ten years from 2010-2019, co-wrote Selling Your Film Without Selling Your Soul and teaches at Cal Arts.

Reiss is also a media strategist who helps filmmakers and companies navigate the new distribution and marketing landscape through his company 8 Above. He has worked with and consulted for IFP, Paramount Studios, the Sundance Institute, Screen Australia, Film Independent, Creative Scotland and numerous film schools and festivals.

For more information go to: www.jonreiss.com