The Power of Social Advertising A Case Study on 3100:RUN AND BECOME

I recently sat down with documentary filmmaker, Sanjay Rawal (Food Chains, Challenging Impossibility), to discuss the release of his latest film 3100: RUN AND BECOME.  The film is a documentary about endurance and determination which follows participants in the world’s longest certified running race – the Self-Transcendence 3100 Miler – as they attempt to shatter boundaries of human possibility. In terms of getting one’s film out into the world, Sanjay is one of the savviest filmmakers I know.  Since 3100: Run and Become has such a potent niche audience, Sanjay decided that it made sense to pursue a hybrid strategy for this release.  What Sanjay wanted to discuss the most – and what he (and I) feel is most relevant for other filmmakers is how he used social advertising to promote the release. 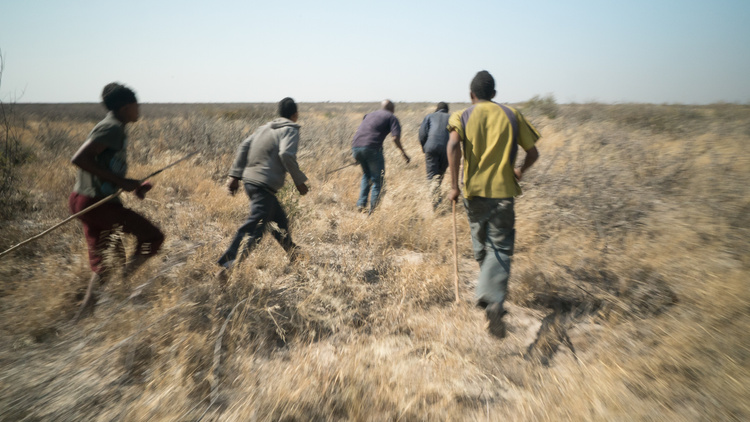 Release background:  3100 Run and Become had its festival premiere at Illuminate in May 2018 and was released theatrically in August of 2018. The film was rolled out to 15 markets over 12 weeks, culminating in New York City (during the marathon) and Los Angeles. 3100 was released on TVOD in the US and Canada in December of 2018 with international sales commencing in January of 2019.

Sanjay started our conversation pointing out the difficulties of getting “earned media” in today’s media environment. As a recap, ”earned media” is content about your film that is created by someone else on other people’s platforms. Reviews by reviewers, feature stories or audience reviews.  Traditionally, earned media is what has driven and still drives much of more commercial independent film releases.

But with today’s crowded media landscape, getting this coverage is harder and harder.  Smaller market papers are eliminating film departments and instead are dependent on syndication from a few major sources. Even new digital media companies are slowing down or laying people off (see Buzz Feed).

The flip side of this phenomena is that now it is possible via social advertising to track your ROI (Return on Investment).  You are also able to (and need to) use social advertising to promote the earned media that you are able to achieve and promote your own owned media (the media you control and create) through shared media (social media channels and organizations).

Now, for $1 you can get marketing impressions which never would have been possible in the traditional space!

I asked Sanjay to break down some specifics with his film 3100: RUN AND BECOME so we could get a realistic view into how targeted ad spend on social advertising can help your campaign.

First, his film did get some publicity/earned media with online publications such as “Outside Magazine.” But unfortunately what they learned was even though they had some great placements, his team still had to spend money to amplify those images and get the media media out to audiences.  Sanjay noted that with the decline of print publications, many articles get lost in the shuffle.  People used to read magazines cover to cover which would introduce them to smaller stories, but now articles need to be promoted in order to get eyeballs.  So even if you do get press – you should be pushing that out through targeted ads (and earned media makes one of the strongest ads since it is validation from a known source).

To aid in tracking ROI you should embed a Facebook Pixel into your website’s HTML code, which will then track traffic from Facebook to your website. Facebook will begin creating a profile of this engaged audience that’s much deeper than what you could select for (ie, age, sex, location). The Pixel aggregates the entire history of this small set of users to form a target profile, which you can multiply through Facebook look-alike audiences.  Sanjay found that with as little as $1500 in ad spend, Facebook was able to develop a look-alike audience in the millions.  This wasn’t totally perfect all the time, in some cities it worked – in other cities they would have to add audience metrics to hone the results.

You need to also decide what you want your call to action (CTA) to be in the platform as well as what you want the ad to accomplish.  If you are in the wide part of the audience gathering/awareness funnel and you want views,  FB knows people who will watch.  If you want the audience to click on a link – you specify that in the Facebook ad manager etc.   If you want people to watch it on Amazon, make sure you have a button in your ad that goes straight to Amazon.  For their film trailer, they got over 750,000 views on Facebook.   Remember you have to build awareness before you can convert.  Often it takes people seeing an ad 3-10 times before they act.  That action may not be a purchase, but it might be an add to watchlist, cue, etc.

As noted above you should of course create your own media (owned media).  A trailer is no longer enough.  You not only need trailers for different audience segments, but you need this content in a variety of lengths.  Here are some of Sanjay’s owned media for 3100 with some of the metrics:

When they chose to be billed by 10 second video view, impressions went up and their our cost per video view was 4 cents each.

This was highly targeted to people most likely identifiable as Navajo:
https://vimeo.com/306098004

This had a 20 cent cost per click thru for about 300,000 impressions. FB now has a feature that only bills you if the whole video is viewed.

You can geo-target audiences as well as target specific demographics based on what audiences like in Facebook.  For instance they were able to target people who like Navajo Times, geo-targeted to northern Arizona.  The film did a $5,000 opening box office in Flagstaff, Arizona – which is a lot for Flagstaff Arizona.  They targeted only the cities they were playing in avoiding a large national spend.   They also targeted cities for theatrical release based on their relative success of their ads.  They nixed some cities where their ads were not performing well at all.  Because of their strategy and tactic, they were held over in every city they played in except NYC. 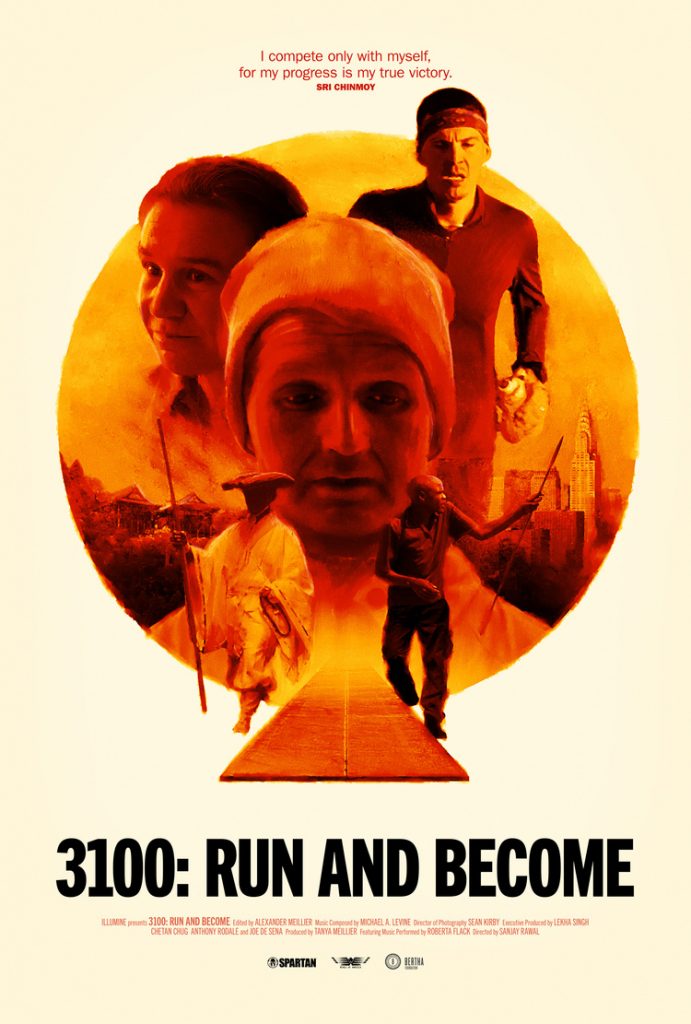 3100:RUN AND BECOME was in theatres from August 18th to November 17th on a rolling basis. In the end, their theatrical release earned $80,000 in gross. $65,000 of this was trackable back to their ad spend.  This resulted in a net of $37,000.   The total costs of booking, publicity, ads for the theatrical was approximately $47,000.  As a result they lost $10K on their theatrical but more than made it up in digital.

The film was then released digitally Dec. 12th entirely on transactional platforms such as iTunes and Amazon.  They’ve discovered their sales are 8 to 9 times more on Amazon than on iTunes, so, naturally they’ve redirected all of their click thru advertising to Amazon. With the digital release they are taking roughly 30% of their net and spending it on advertising.  Roughly 25% of that spend is going to Facebook and 75% going to Instagram. 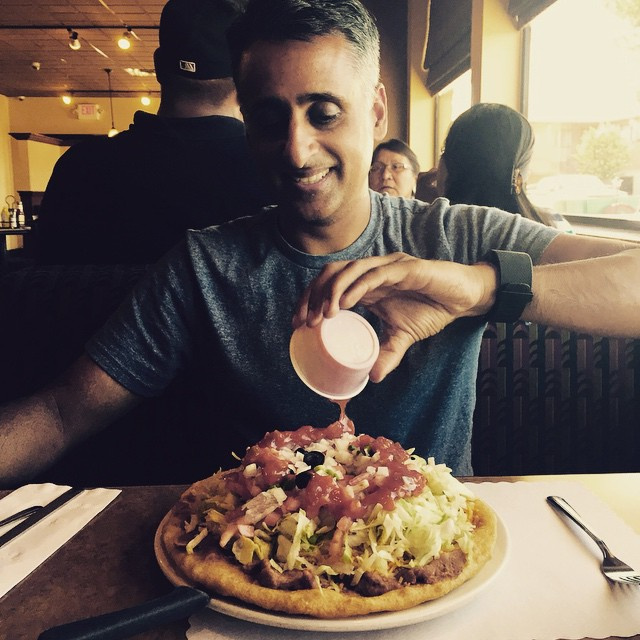