A Review of the IFP Lab by Filmmaker David Soll

Published today on the IFP blog.

We’re already three days into the lab, so I have a bit of catching up to do. I didn’t get to the blogging as quickly as I should have, and Danielle has good reason to be mad at me (you don’t want Danielle DiGiacomo mad at you, by the way. She puts smiley faces on your Facebook page.). Regardless, here we go and let’s decide together to make the best of where we are.

I can imagine having at one point earlier in life thought “wouldn’t it be amazing if someone created a program that X,” wherein X stands for the entire mission statement, schedule, description, leaders, mentors, editing advisers and first-time filmmakers involved in the IFP Documentary Lab. Which is to say, I’m impressed, and I’m impressed to the point that I find it hard to believe this fantastic idea was actually put in to effect.

Here is a program that takes ten first-time documentary feature filmmakers (also ten narrative filmmakers, in their own lab [we don’t mix well]) who are entirely dissimilar from one another in sensibility and subject matter, yet share with each other varying degrees of bewilderment with the state of our films, our careers, and the industry. Which are three very large things about which to be bewildered, and together suggest a common state in which nearly every first time filmmaker is finding themselves these days. 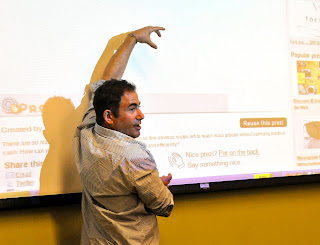 (Jon talking about the long tail.)